The purpose of your septic system is to hold solids and discharge partially treated water into your trenches/drain-field. Keeping this in mind, it is essential that your system is working at optimum performance, however over the course of your systems life it will be prone to failure. This can be an extremely expensive problem, and if not tended to can be hazardous to your family’s health! Previously, system failures required a full replacement costing tens and thousands of dollars. However, with the SepticSAVER, you can resolve this problem for only a fraction of a replacement cost!

What Causes Septic Tanks to Fail

There are several ways for a typical septic system failure to occur. Pipes can be broken or clogged by tree roots, by construction activities, or by cars driven over the drain-field. However, the most common form of failure is not physical, a septic system is most likely to fail biologically with the maturing of the Biomat.

There are many warning signs indicating you have a failing septic system. These include:

How the Septic Saver Works

The SepticSAVER is a revolutionary product that converts an anaerobic Septic Tank to an aerobic ‘oxygen rich environment’ by strategically increasing the dissolved oxygen levels within the septic tank. The biomat forming anaerobic bacteria cannot survive in this oxygen rich environment and quickly begin to die. In their place, highly active and naturally occurring aerobic bacteria begin to flourish in the tank, consuming 20-30 times more organic material than anaerobic bacteria. Additionally, aerobic bacteria consume the biomat until it completely disappears. Soon any suspended solids and organic material are broken down by the aerobic bacteria, and the highly oxygenated water begins restoring the drain-field.  The ground and sidewalls of the drainfield return to a permeable state and the now aerobic septic system functions as if it was just installed.

Immediately after the SepticSAVER is installed, the restoration process begins, with visible results seen in just 24 hours! In a matter of weeks any symptoms of septic failure are removed and your septic system is restored back to its optimal performance! Within just 24-48 hours the aerobic bacteria take complete control of the environment, quickly working to reduce waste and pathogens in your system. This replaces any foul odor with a light earthy scent and reduces the flow of organic material to the trenches. In turn, the water being dispersed noticeably clears and in just a few weeks any groundwater or sludge in the drainfield area begins to disappear! Leaving behind a healthy green lawn.

Happy customers Ash and Gab from Victoria couldn’t believe the results they experienced with the SepticSAVER. After constant problems with their failing system, they called our team at Wastewater Australia after a new treatment plant. Instead we recommended the SepticSAVER to fix their existing tank, and save them thousands! “To say I was skeptical was an understatement.” Within just days of installation they were seeing results, and couldn’t believe how fast the SepticSAVER was working. The odor was removed, their water cleared, and the nasty black sludge in their drainfield area disappeared! “The septicSAVER solved all our problems as promised and in the matter of weeks!”

Unlike the lengthy and costly process required to replace your existing tank, installing the SepticSAVER is an extremely simple and cost-effective solution. Taking no longer than a few hours. The SepticSAVER is designed to fit any existing septic system, so if you are experiencing problems with your septic tank, do not hesitate to call us on 1300 856 237, or visit our contact page for more ways to get in touch.

"Expect to be impressed" 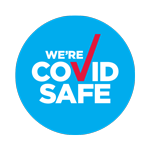